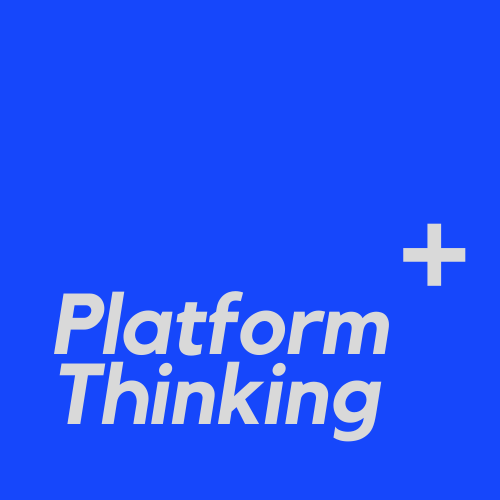 I got up and addressed the cast and crew. “We tried something big and it didn’t work,” I said. “I’d much rather take big risks and sometimes fail than not take risks at all.” That’s genuinely how I felt at the time. I didn’t regret trying it. And it’s how I felt a few months later when we pulled the plug on Twin Peaks. I didn’t want to be in the business of playing it safe. I wanted to be in the business of creating possibilities for greatness. Of all the lessons I learned in that first year running prime time, the need to be comfortable with failure was the most profound. Not with lack of effort but with the unavoidable truth that if you want innovation—and you should, always—you need to give permission to fail.

I had such respect for Tom, but I also knew this show was important enough to fight for. There were changes taking place that we had to face. We were now competing with the edgier programming available on cable TV, and with the new upstart Fox Network, not to mention the growth of videogames and the rise of the VCR. I felt that network television had become boring and derivative, and we had the chance with Twin Peaks to put something on TV that was utterly original. We couldn’t just fall back into our same old stance while everything changed around us. It was the Roone lesson all over again: Innovate or die. Eventually, I convinced them to let me screen the pilot for a younger, more diverse audience than a group of older guys from ABC in New York. The test audiences didn’t exactly support putting the show on network television, particularly because it was so different; but it was just that—its being different—that motivated us to give it the green light and make seven episodes.

“Why can’t we just hire them?” somebody asked. “For one, John Lasseter is under contract at Pixar,” I said. “But they’re also wedded to Steve and to what they’ve built there. Their loyalty to Pixar, to its people and its mission, is enormous. It’s naïve to think we could hire them.” Another member suggested that we just needed to back a truck filled with money up to their doors. “These people can’t be bought that way,” I said. “They’re different.”

I told him I understood. Four and a half years earlier, I’d sat with George at breakfast and tried to convey that I knew how difficult this would be for him, but that when he was ready, he could trust me. All of the negotiations—over the money, and then over the question of his ongoing involvement with Star Wars—were exercises in balancing my respect for what George had done, and how deeply personal I knew this was for him, with my responsibility to the company. I could empathize with George, but I couldn’t give him what he wanted. At every step of the way it was necessary to be clear about where I stood, while being sensitive toward how emotional the entire process was for him.

My job was to set our company on a new path, and the first step was to defuse this unnecessary struggle. The easiest and most productive way to do that was to recognize that what Roy needed, ultimately, was to feel respected. That was precious to him, and it cost me and the company so little.

We needed to devote most of our time and capital to the creation of high-quality branded content. In an age when more and more “content” was being created and distributed, we needed to bet on the fact that quality will matter more and more. It wasn’t enough to create lots of content; and it wasn’t even enough to create lots of good content. With an explosion of choice, consumers needed an ability to make decisions about how to spend their time and money. Great brands would become even more powerful tools for guiding consumer behavior.

We needed to embrace technology to the fullest extent, first by using it to enable the creation of higher quality products, and then to reach more consumers in more modern, more relevant ways. From the earliest Disney years under Walt, technology was always viewed as a powerful storytelling tool; now it was time to double down on our commitment to doing the same thing. It was also becoming clear that while we were still, and would remain, primarily a content creator, the day would come when modern distribution would be an essential means of maintaining brand relevance. Unless consumers had the ability to consume our content in more user-friendly, more mobile, and more digital ways, our relevance would be challenged. In short, we needed to view technology as more of an opportunity than a threat, and we had to do so with commitment, enthusiasm, and a sense of urgency.

We needed to become a truly global company. We were broad with our reach, doing business in numerous markets around the world, but we needed to better penetrate certain markets, particularly the world’s most populous countries, like China and India. If our primary focus was on creating excellent branded content, the next step was to bring that content to a global audience, firmly planting our roots in those markets and creating a strong foundation to grow significantly in scale. To continue to create the same things for the same loyal customers was stagnation.

A lot of companies acquire others without much sensitivity regarding what they’re really buying. They think they’re getting physical assets or manufacturing assets or intellectual property (in some industries, that’s more true than in others). In most cases, what they’re really acquiring is people. In a creative business, that’s where the value truly lies.

Brian and I shared a car from the White House. “Where do you see the value with Marvel?” he asked during the ride. I said there was an endless supply of IP. “Aren’t they all spoken for?” Some of them were, I said, but there are a lot more. Brian then told me he’d been talking with Jeff Immelt, the CEO of General Electric, which owned NBCUniversal at the time. (Before long, Comcast would buy NBC from them.) Jeff had apparently told Brian that our Marvel deal confounded him. “Why would anyone want to buy a library of comic book characters for $ 4 billion?” he’d said. “It makes me want to leave the business.”

Twitter was a potentially powerful platform for us, but I couldn’t get past the challenges that would come with it. The challenges and controversies were almost too much to list, but they included how to manage hate speech, and making fraught decisions regarding freedom of speech, what to do about fake accounts algorithmically spewing out political “messaging” to influence elections, and the general rage and lack of civility that was sometimes evident on the platform. Those would become our problems. They were so unlike any we’d encountered, and I felt they would be corrosive to the Disney brand. On the Sunday after the board had just given me the go-ahead to pursue the acquisition of Twitter, I sent a note to all of the members telling them I had “cold feet,” and explaining my reasoning for withdrawing. Then I called Jack Dorsey, Twitter’s CEO, who was also a member of the Disney board. Jack was stunned, but very polite. I wished Jack luck, and I hung up feeling relieved.

The first thing I did was separate “content” from “technology.” We would have three content groups: movies (Walt Disney Animation, Disney Studios, Pixar, Marvel, Lucasfilm, Twentieth Century Fox, Fox 2000, Fox Searchlight), television (ABC, ABC News, our television stations, Disney channels, Freeform, FX, National Geographic), and sports (ESPN). All of that went on the left side of the whiteboard. On the other side went tech: apps, user interfaces, customer acquisition and retention, data management, sales, distribution, and so on. The idea was simply to let the content people focus on creativity and let the tech people focus on how to distribute things and, for the most part, generate revenue in the most successful ways. Then, in the middle of the board I wrote “physical entertainment and goods,” an umbrella for various large and sprawling businesses: consumer products, Disney stores, all of our global merchandise and licensing agreements, cruises, resorts, and our six theme-park businesses. I stepped back and looked at the board and thought, There it is. That’s what a modern media company should look like.